Becoming literate in a second language involves learning to read and write the language, and, of course to be able to converse in that second language.

Before proceeding further, it should be remembered that to become truly competent in one’s first language is not an easy task. National test scores of students in their final year of high school, for example, attest to that fact. Only 10-15% achieve high scores.

Educational psychologists point out that literacy skills vary considerably among children. This is true in other areas such as mathematics, singing, and drawing. The so-called ‘gifts’ of language, for example, are not inherent to the same degree in all children. This holds, too, for second language acquisition. This article expands further on the centrality of developing reading skills. Skilled readers can become skilled writers. 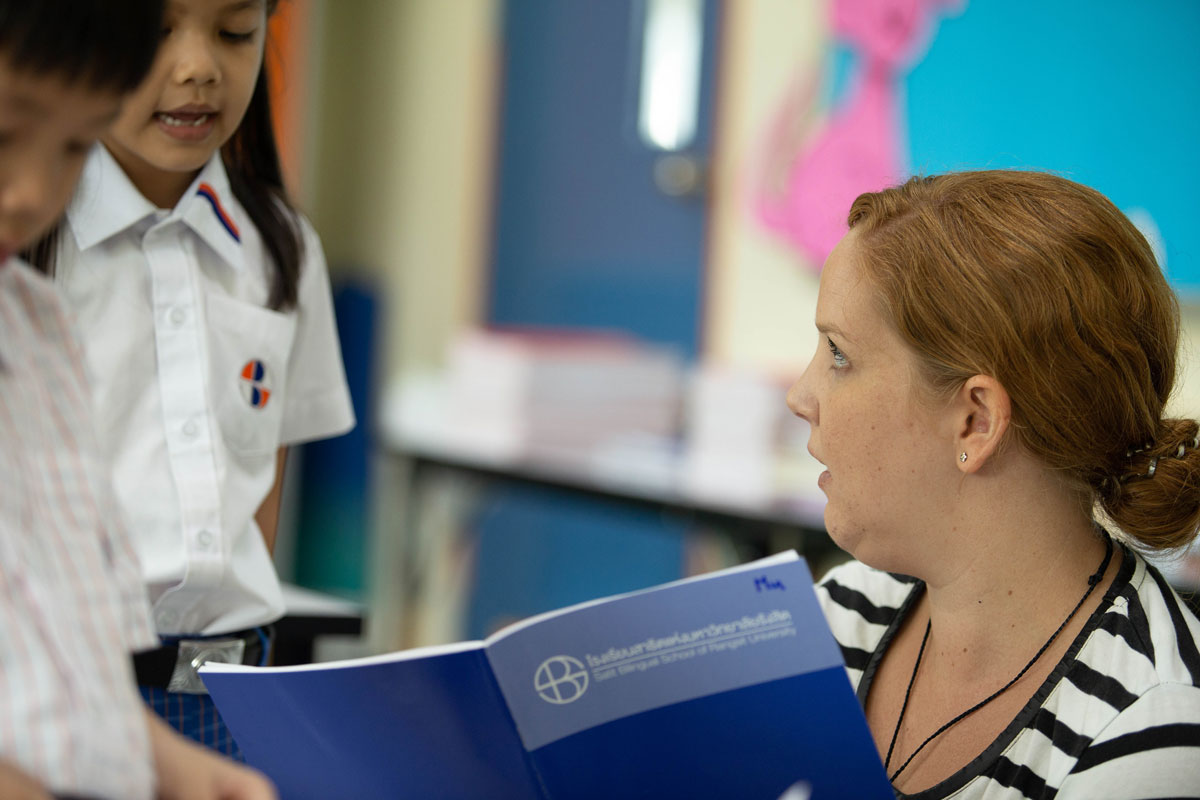 Acquiring a first language is an unconscious process. However, acquiring a second language is deliberate in the vast majority of cases. Second language acquisition is accomplished amidst other learnings. Children are also learning math, science, social studies, art and music, for example. They are also expanding the vocabulary of their first language, learning to read more complex texts, and improving their ability to write.

Second language learning is a high priority at Satit International Bilingual School of Rangsit University Chiang Mai. Teachers know and accept that one of their most important professional obligations is to develop the skills of their students in English.

For Thai nationals, the language skills to be developed is Thai. And, parents whose home language is Mandarin, for example, have the option for their child to receive instruction in that language. Language development is a challenge which is not just for the language teachers. It is the job of all teachers – mathematics, science, social studies and the arts. The ability to read with comprehension is central to achievement in all areas of academic learning.

Admissions Enquiry
If you have an enquiry related to admissions, please complete this form.
Recent History
>